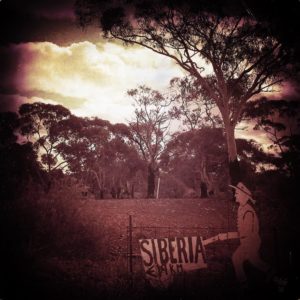 ANDERSON  James,  known as ‘New Zealand Jimmy’ d 25 April 1895, age 40, a condenser owner who was speared by an aboriginal. He was from Aberdeen Scotland (Book Jacky, Polly and Jimmy) James death was never registered and the native who supposedly speared him was found not guilty.
Story:- Jack & Polly & Jimmy a tragic tale 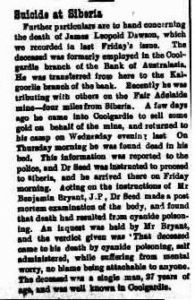 DILLON John died about 31 Oct 1925 aged 75 years on Crown Lands near the Siberia Hotel – buried in the Siberia cemetery.

Born in Ireland – the son of Elizabeth (nee O’Neill) and Daniel Dillon. He had lived in Western Australia for about 15 years. Supposedly, he died of senile decay. 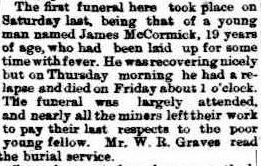 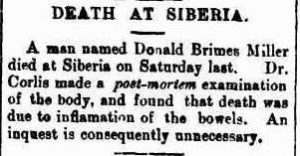 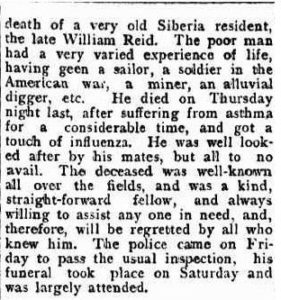 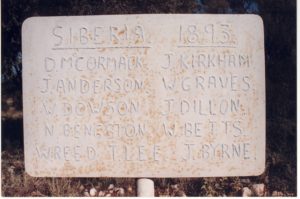 None of those in the Siberia Cemetery were victims of the ill-fated Siberia rush of October 1893.